Our experienced culinary team can create the latest food trends and everyone's favorite dishes. Learn from the best during one of our cooking classes or try one of our recipes at home!

Take A Cooking ClassTry Our Recipes 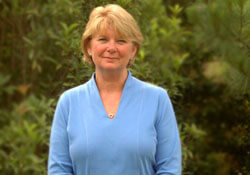 Chef Patty Griffey believes in honest food filled with flavor. With over 30 years of experience in private entertainment, like many professional women in the early 1980s, she took cooking courses to explore her avocation. Prior to purchasing the Inn, she sold her active CPA practice in Coral Gables, Florida. She then immersed herself in cooking and has spent the past 25 years testing, experimenting, and creating.

Using only the freshest ingredients, Chef Patty concentrates not on simply creating a dish but on the whole meal. Paring the right combination of flavors to enhance each course so that one does not compete with the other but compliments the whole. She believes that there is a balance of food, which leaves the diner satisfied but not overfed. Taste, flavor, and freshness are the hallmarks of her cooking style.

Sous Chef Jeff Grubb has worked in food service his entire adult life. While in high school in California he began his career doing food prep and cleanup. In college, he worked in the kitchens at Disney and Associated Hosts in food prep, hotline, and sauce line capacities. He then moved to the front of the restaurant gaining experience in bartendingSous Chef Jeff Grubb and as a waiter for a number of years. In his mid-twenties, he moved to Phoenix and for 15 years was employed by several family-owned restaurants working with talented chefs trained in Europe. With a strong focus on Italian cuisine, Jeff rose to the position of Sous Chef.

He moved to South Carolina in the early 1990s to be close to family and opened a coffee house and bakery, “Let Them Eat Cake,” in Marion. In 1996 Jeff began assisting with private events at the Inn. With the opening of The Dining Room at Abingdon Manor in 2000, he began working on a regular basis and actively participates in planning special events, wine dinner menus, and cooking classes. In addition to his work at the Inn, for the past several years, Jeff has used his skills as a baker for Publix Supermarkets.

We are committed to making our website ADA compliant.